News from the project “Flood Prevention for Environment Protection”, implemented under the 2nd call for proposals of the IPA CBC Programme North Macedonia – Albania 2014-2020

The regions around the municipalities of Mogila in North Macedonia and Maliq in Albania are prone to adverse weather and climatic phenomena, especially heavy storms and rainfalls resulting in local flooding and landslides damaging roads, private properties and agricultural land. The rivers Devoll in Mailq and Crna Reka and Shemenica in Mogila are facing increased spatial and temporal variability of water resources which is among the key natural factors increasing the flooding risk, besides topographic and land characteristics, and a relatively dense hydrographic network in the most affected regions. Additional causes of the growing flooding risk include: a) reduced conveyance/discharge capacity of existing regulated river sections (e.g., because of poor maintenance of existing river regulations, conversion of floodplains/river corridors); b) aging/poorly maintained hydraulic/flood control infrastructure (e.g., drainage systems, embankments and levees); and c) operating regimes of existing multi-purpose dams/reservoirs not optimized properly to enable better flood risk mitigation. Agriculture, extending dominantly along rivers, is the economic sector most affected by floods. At the same time agriculture plays the most important role in securing income for households in the affected regions. The growing flooding risk makes agriculture a particularly vulnerable sector, which most directly influences socio-economic stability of communities.

In order to strengthen the resilience, the disaster risk preparedness and to prevent floods for protection of the environment, the livelihoods and the agricultural lands the project team has taken the following actions:

In order to ensure the protection of agricultural lands and livelihoods:

In order to establish a joint approach between both municipalities:

Awareness rising and preparedness of the population

In order to motivate and prepare the agro-producers and local population for management and prevention from floods:

With this EU funded action, more than 12,000 people have been directly protected from flooding despite the frequent massive rain falling in these regions. The local population is now prepared and motivated to continue taking action for protection of the environment and protection of their agricultural lands and livelihoods not only from floods, but also from other natural disasters. 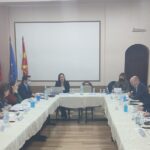 News from the project “SMART-CUL-TOUR”, implemented under the 2nd call for proposals of the IPA CBC Programme North Macedonia - Albania 2014-2020 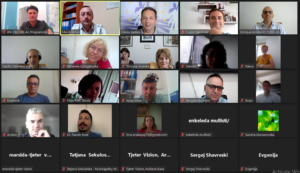 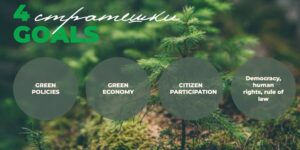